The $44 billion purchase of the social-media company is a gamble that could break Silicon Valley’s culture of progressive conformity. 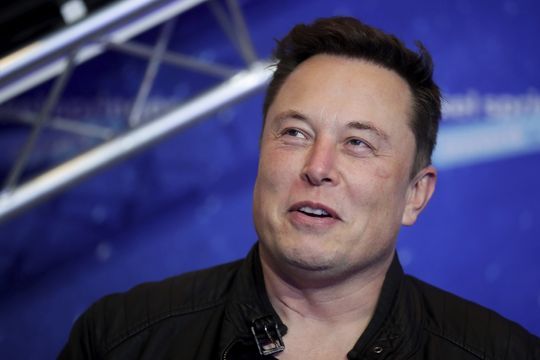 Photo: Hannibal Hanschke/Associated Press
With his typical enthusiasm for viral high-jinks, Elon Musk once formally titled himself Tesla’s "Technoking," and now perhaps he will take a similar role at Twitter. After a speedy love-hate business courtship that lasted two weeks, the social-media website agreed Monday to accept Mr. Musk’s buyout offer of $44 billion.
What a gamble for Mr. Musk, who argues he can unlock value in Twitter that its current leadership can’t. According to the Journal, the financing proposal he announced last week includes $21 billion in personal equity. That amounts to roughly 10% of his net worth, going by the Forbes estimate. As collateral on debt, Mr. Musk would also pledge about a third of his Tesla stake. It isn’t every day the world’s richest man makes a bet like this.
"The proposed transaction will deliver a substantial cash premium, and we believe it is the best path forward for Twitter’s stockholders," the company’s chairman said. Mr. Musk offered $54.20 a share. Before his stake became public, Twitter was trading near $39. The company’s board at first seemed poised to reject the deal, and it adopted a poison pill. Then Mr. Musk announced financing and began calling big shareholders to make his pitch.
If Mr. Musk can strike a more satisfying balance on content moderation, maybe he’s right about Twitter’s hidden value. Current management is correct that most regular social-media users don’t want a daily bath of Russian bots, jihadist propaganda, noxious harassment and so forth. Ditto for advertisers, who represent about 90% of the company’s revenue. Yet Silicon Valley’s tech lords have decided they want to be arbiters of speech on political topics like climate change and the origins of Covid.

All the day's Opinion headlines.
SUBSCRIBED
Nudging the moderation dial back several notches might promote broader engagement, though expect progressives to scream. One start might be to break what looks like a monoculture at Twitter’s San Francisco headquarters. Maybe Mr. Musk will move the company to Texas, as he did with Tesla. How many Twitter coders have ever been to a rodeo? Mr. Musk might have functional changes in mind, too, such as longer tweets. On Monday he mentioned "enhancing the product with new features," as well as "authenticating all humans."
The hyperbole surrounding Mr. Musk’s Twitter foray has been curious, hilarious, and sometimes both. Mr. Musk "is increasingly behaving like a movie supervillain," an Axios writer said. A former CEO of the social site Reddit called for government regulation "to prevent rich people from controlling our channels of communication." That line was published in an op-ed at the Washington Post, which is owned by the noted pauper Jeff Bezos.
"I hope that even my worst critics remain on Twitter," Mr. Musk tweeted Monday, "because that is what free speech means." How supervillainous of him. Mr. Musk at a conference this month seemed to muse about permitting any tweet that’s legal. Last week he sounded more modest. "A social media platform’s policies are good," he tweeted, "if the most extreme 10% on left and right are equally unhappy."
What does that mean in practice? Does Mr. Musk realize he’s walking into a hornet’s nest? Will his vision work? Who knows. But it will be fascinating to watch Mr. Musk try to break Silicon Valley’s culture of progressive conformity.
Appeared in the April 26, 2022, print edition.